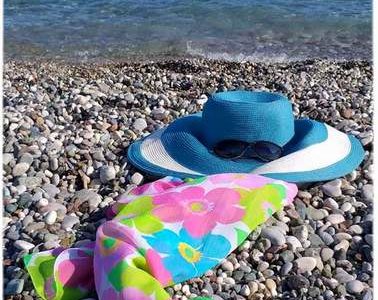 As the director of a travel agency, I am happy to send both regular tourists and my relatives or people close to me on vacation.

The story I will share with you is special and very important, as it motivates and inspires us to always remain active and cheerful.

I have a mother-in-law – Valentina Ivanovna (mommy Valya). She is (in secret!) In her ninth decade, but she, although already a great-grandmother, is far from an ancient old woman, but a completely well-groomed elegant lady who has many friends, who thinks about handbags, perfumes, lipsticks and blouses, but what can I say – regularly runs to dances at the Youth Palace (at least until quarantine)! So, for about the last ten years, my husband and I persuaded her to make a passport so that mommy would fly to some resort. She constantly resisted, – “Oh well, these are all some kind of fairy tales, they say, by plane, but for $ 300 in an all-inclusive hotel ?! – this cannot be, because only the cost of a round-trip flight costs so much! – or – “I’m afraid to fly, the pressure is high in the same place, how can I bear it!?” And most often she argued as follows, they say, “… yes, wouldn’t it be easier to go to Zatoka for the same money? …” that spirit.

I must say that for the past ten years, she regularly with her friends had a rest in the Odessa region at the Mikron recreation center, where everything seemed to her familiar, comfortable and inexpensive. That is, for a pensioner – just right!

In reality, each trip to Zatoka cost an average of $ 150. Considering the mediocre service, far from luxurious infrastructure and a tedious 10-hour bus journey – Turkish all іn, as an alternative, would be clearly more interesting!

But, knowing the character of Valentina Ivanovna (she is Aries by sign!) And the fact that she reacts skeptically to any persuasion, I first enlisted the support of her friend, who has a passport and agreed to go to the resort on the Kirish beaches in Kemer, only then called my mom and put her before the fact – “Everything has already been arranged, you and your friend are flying on vacation to Turkey!” …

Thank God, the initial resentment against the background of panic did not develop into a scandal, but, as a result, she delivered an ultimatum: “I will fly, but exclusively, if only with you !! ..”

There was nowhere to go, and I also had to make out in order to finally “walk” our beloved mother in a fashionable resort.

Behind the feverishly meticulous collection with the conquest of the “so necessary” “indicative” wardrobe of the fashionista of the eighties (some of which she nevertheless packed and later had the opportunity to make sure of its uselessness, since out of the numerous blouses, blouses and dresses, only three light little things made of natural material, some versatile sandals, a pair of swimwear and beach slippers).

At the moment of waiting for a minibus, Mom receives a call: – Oh, guard! My temperature has risen – they will not be allowed on the plane, there is screening! ” I explained to her that this was due to excessive excitement, on the basis of nervousness (I had already encountered such a phenomenon).

On the way, she assured me that it was not Kovid at all. At the airport, she gave me paracetamol, just in case, and gave her a rinse solution of hydrogen peroxide (Mommy knows that atomic oxygen kills any virus). In general, as I could, I reassured. As a result, control and landing went smoothly.

I will note that before that my mother had not flown on an airplane for 50 years! Yes, and flew in her Soviet youth mainly on the An-24 and Yak-40, only once on the Tu-154. Therefore, the night flight by the European Airbus A320 with its pleasant take-off, quiet comfortable flight and soft landing made an indelible impression on Valentina Ivanovna.

In Boryspil: “Oh, how complicated everything is! Yes, I would be lost here without you!”;
At the airport: “Wow, what beautiful airplanes!”;
During the flight: “You were right, it is much more convenient than the bus!” …

At 7 am we were taken to the Grand Mir`amor Hotel by an individual transfer.
Before check-in (which we were provided already at 9.00!), We went to the main restaurant for breakfast. The first phrase of a surprised mom, who looked at the variety of offered dishes: – “And what, you can take all this !? “..

Mom really liked the room!
Knowing her passion for cleanliness a nd order, I was glad that this time she had nothing to find fault with!

After airports and night flights, everyone is usually tired, but I insisted that the “girls” change their clothes for a date with the sea, which really rejuvenates and heals and soothes ..

So, we are going to go to the sea. Mom: – “And there is no sand there? Oh, how will I go into the water on these pebbles?
I gave my mom “corals” – the problem disappeared …

After the first swim and acquaintance with the Mediterranean Sea, my mother, reclining on a soft chaise longue, wondered: “Is it possible that even here you don’t have to pay for anything?”

I laughed and soothed, said – you can completely relax and rest !! The magnificent, clean, sparkling sea in the morning sun really cheered everyone up and made everyone happy, and in order to consolidate the wow effect and completely drive away drowsiness, I ordered a cappuccino for my beloved mother-in-law, which was immediately brought to her directly to the beach, which finally conquered her!

I must say that, literally from the second day of my stay, my beloved mother-in-law, as an experienced traveler, figured out everything on her own! It turned out that it was not so difficult already .. The only difficult task that she still coped with was not to overeat …

Several times a week, this hotel organizes dancing to live music.
You should have seen with what pleasure our mummy started dancing, her energy was transmitted to everyone around and even young people invited her to dance …

Since the Cherkasy dance club, which she attended, practically did not work due to quarantine restrictions, this became a pleasant emotional outlet for her!

Several regular tourists of “Sambuca Tour” who were with us on this trip, just like me, were charged with the energy of youth emanating from Vali’s mother, were filled with joyful feelings of novelty of sensations that she generously shared with everyone.

On the last evening on the eve of the return flight, Valentina Ivanovna said: – “Here, I already know everything here – where, what and how! I figured out everything, and, here – on you! Tomorrow – to fly away … So – it’s not fair! for a “longer” to take out! Everything! It is decided! The next trip – for ten days and no less! ”

To my question, what about your traditional Zatoka? – answers – Well, no. It’s been too long since I’ve been so blissed out to limit myself to Zatoka, for too long you made me fly here! It is so pleasant when there are such friendly people around you, and what vivid impressions, what wonderful service !! And the sea ?! After all, there will not be such a sea – clean, gentle, warm – in Zatoka … So, now our mother collects money not for the notorious “worthy funeral”, but for a new trip, and, for a change, to another country – to Egypt! In fact, she underwent a radical change in her outlook.

For mommy, this trip was extremely important and necessary not only in terms of physical relaxation, but also for strengthening moral health, restoring inner peace, calmness and confidence in herself and her future. I think many women dream of being like our mother at her 83 years old …